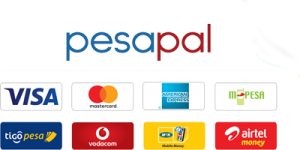 Unforgettable proposals are all the rage and Kenyan couples are now putting a unique spin on their proposal ideas. From drawing ‘Will You Marry Me?’ on the sandy beaches during a skydiving episode to getting down on one knee at the Hub in Karen surrounded by motorcycles, Kenyan men are really pulling up their socks in the romantic department.

And Kavit Shah a Hiking Consultant at Hiker’s Club didn’t disappoint. He used a hike with Expeditions Maasai Safaris to propose to his girlfriend Binitah Ghadia. Binitah thought it was just a normal hike when her man asked her to join in the hike, little did she know that her first time on the trial would be her wedding proposal.

Since Javit had already climbed to the Lenana summit 10 times, he reached the summit first. Upon reaching the summit he talked to the guides and they arranged for a surprise proposal.

With him, he had placards written and arranged in this sequence:

Upon seeing the proposal, the lady almost passed out due to the effect the climb and the proposal had on her body, but she said ‘Yes’

TALK TO US NOW!

We’re ready to serve you at anytime of the day. Let’s plan your travel today.